Residents often care deeply about the city or town they live in. It’s what can motivate them to attend city council meetings, take part in public comment periods at those meetings or one day run for office themselves.

Even though public comment periods can be a valuable channel of engagement, feelings among participating residents can run high and public participation can become disruptive during the business meetings of a council, with issues like speakers exceeding their time limit or inappropriate conduct. 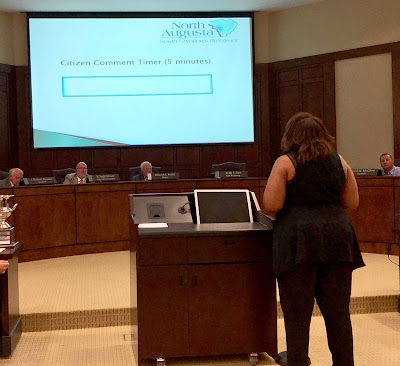 Many city councils use timers for public comment periods during meetings, like this one used by the City of North Augusta.

State law requires public hearings for some actions taken by council at meetings, like the adoption of a budget or the adoption of a fee schedule. In other cases outside of this requirement, a city or town council will use ordinances or locally adopted rules of procedure to provide for and manage public comment periods.

This Uptown article takes a look at the approach to public comments taken by several municipalities — the City of Westminster, City of Columbia, Town of Seabrook Island and Town of Summerville.

The Municipal Association has another resource touching on this topic: the How to Conduct Effective Meetings handbook. It includes a sample set of rules of order that a council can adopt which include rules for speaking during a public comment period, with the following requirements:

As the rest of the handbook illustrates, thoughtful management of public comment periods are only one aspect of running meetings effectively. When handled well, these sessions can have a real impact on making sure that the voices of city residents are heard before council in a meaningful and useful way.
Posted by Municipal Association of South Carolina
Email ThisBlogThis!Share to TwitterShare to FacebookShare to Pinterest

On a scale of 1 to 10, how important is it for city and town officials to attend one of this fall’s Regional Advocacy Meetings to get involved in the Municipal Association’s advocacy efforts at the State House?

Director of Governmental Affairs Tiger Wells answered this question in a recent podcast: “somewhere between 12 and 15.” 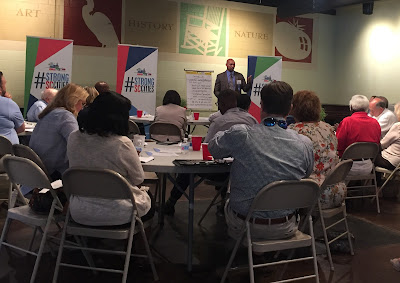 
These meetings give municipal officials a chance to offer their input on strategy, to share solutions and to learn how legislative action in the 2019 session specifically affects their city. Local officials will also get a sense of what is coming for the 2020 session and participate in a strategy session on pending bills dealing with flexibility with hospitality and accommodations tax revenue, business licensing, small wireless facilities and plastic bag bans. 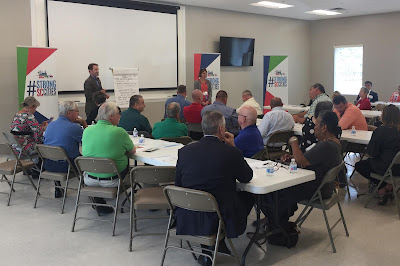 
There are 10 meetings scheduled around the state in August and September. The meetings run from 11 a.m. to 1 p.m., and have lunch served as well. There’s no charge for the meetings, but registration is required for lunch planning and handouts. Here are the registration links for each date: