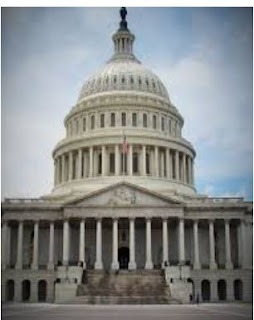 After weeks of debate, the U.S. House and Senate reached an agreement on tax reform this week.

South Carolina city officials immediately got engaged with contacting the state's Congressional delegation back in early November when the initial House bill was introduced. More than 40 Mayors quickly signed a letter to the delegation members pointing out the negative impact of several provisions of the bill.

According to information compiled by the National League Cities, the final bill is still a step back for cities and local decision-making, but did preserve several key revenue resources in the final conference report.

Highlights are below. Get more detail from NLC's fact sheet.

“I am extremely excited by the opportunity to lead the Municipal Association of SC. It is humbling to be selected by the board of directors. The Association has such a great reputation providing excellent education, advocacy and programs for its members,” said George. “In cities and towns, you will find some of the strongest leaders. Municipal workers and elected officials are the backbone of our communities, and we look forward to working with them to improve the quality of life for all citizens of our state. In addition, you can expect us to build and grow our partnership with state and national elected officials.”

The Municipal Association represents the state’s 271 cities and towns by providing training, advocacy at the state and federal levels, and programs that give local officials the tools they need to provide quality services.

“Wayne’s background in local government, experience at the State House, organizational experience as a successful business owner and years of involvement with the Municipal Association on staff and on the board made him the ideal candidate for executive director,” said Partin. “His dedication to the strength of local government, which increases the strength of our state, will continue the positive difference the Association makes.”

“The search committee was fortunate to have a pool of very qualified candidates. It was important that the Association continue the established tradition of strong leadership in the executive director’s position,” said Yow. “Wayne George’s vast experience, proven track record and leadership skills will mesh well with the talented staff at the Association.”

George begins his new role on January 2.
Posted by Municipal Association of South Carolina No comments:
Email ThisBlogThis!Share to TwitterShare to FacebookShare to Pinterest 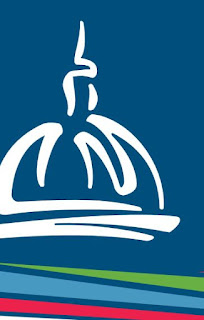 Only six more Tuesdays until the South Carolina General Assembly reconvenes for the second half of the 2017-2018 legislative session on January 9, 2018. During the summer and fall – even more so than in recent memory - legislators have been in and out of Columbia attending Senate and House hearings.

For the 2018 session, the Municipal Association Legislative Committee and board of directors, with input from municipal officials who attended the Regional Advocacy Meetings, adopted the 2018 advocacy initiatives tackling issues from blight and business licensing to the Local Government Fund and enclave annexation.

Over the course of the Regional Advocacy Meetings in August and September, more than 300 municipal officials voiced their concerns about local issues. The cover story in the December Uptown outlines the 2018 advocacy initiatives in detail under the broader topics of encourage business growth and development, provide quality services, increase funding for law enforcement, expand funding sources for infrastructure, and reduce blight. Each broad topic is explained and then broken down into action items that specify legislative action that can help solve the broader issue.

We will be successful with these advocacy initiatives only if we work together.. There are several ways local officials can stay informed about issues at the State House impacting cities and towns.

Read the Friday From the Dome to Your Home for updates about what happened at State House that week, the Monday Uptown Update for any breaking news over the weekend and the monthly Uptown for in depth background on issues. Check with the legislative tracking system for specific bills and committee action and communicate with your legislative team at the Municipal Association regularly.

You all know how to do it. In fact, history shows that you are very good at it. Let’s work together this year to support positive, proactive legislation that helps local officials govern better, more efficiently, and provide better and more services to residents. Of course, we will also have to oppose legislation that harms cities and towns, and will fight furiously when that happens.

I look forward to working together to make cities and towns even better.