Listen to a podcast interview with Melissa Carter, the Association's research and legislative liaison, as she discusses background and details about the millage cap.

The state Office of Revenue and Fiscal Affairs last week released the data that cities need to calculate their individual millage cap. Get the information for each city here.

Why is this number so important to cities each year?

If either the CPI or the population is a negative increase, then the number for the calculation is zero. The Revenue and Fiscal Affairs Office performs the calculation and typically releases this information annually in late May.

The RFA released the FY 2017 municipal millage caps on Friday, May 21. The CPI for the calculation is .12 percent. Get individual cities’ cap information here.

Are there any exceptions to the cap?

With a two-thirds vote, the council can use one of the following seven exceptions to increase millage beyond the amount established by the cap.

1- Make up a deficit from the preceding year
2- Pay for a catastrophic event
3- Comply with a court order
4- Cover a loss of 10 percent of more of property taxes due to taxpayer closure
5- Comply with state or federal mandate
6- Purchase undeveloped property near a military base
7- Purchase capital equipment in a county with less than 100,000 population and at least 40 acres of state forest land

The cap does not impact millage that is levied to pay bond debt, to purchase real property with a lease-purchase agreement or to maintain a reserve account.

So what if a city doesn’t use the increases allowed each year?

The General Assembly passed Act 57 in 2011 that created the millage bank. This allows a local government to raise the millage rate with any unused millage from the past three years’ cap plus the current year’s cap.

Get background on millage caps here. Listen to the podcast here.
Posted by Municipal Association of South Carolina No comments:
Email ThisBlogThis!Share to TwitterShare to FacebookShare to Pinterest

Speak up with confidence

Public speaking is a challenge for some. For others, it can be downright terrifying. Even the most experienced speakers can learn new ways to perfect their message and strengthen their connection with an audience. 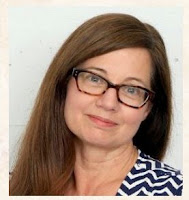 Jenny Maxwell with the Buckley School of Public Speaking in Camden offers up a few tips to help speakers increase their confidence in front of any type of audience.

At a preconference session at this year's Annual Meeting, Jenny is back by popular demand to expand on the session she led at last year’s meeting to help speakers make their message come to life. This hands-on interactive public speaking class is one of three preconference sessions offered this year the first day of the meeting, Thursday, July 14, in Charleston.

Listen to a podcast interview with Jenny talking about several of these tips she will discuss during the session.

Start strong - Put together an open that grabs attention. Let the audience know what you’re talking about and why they should care.

Avoid tentative language - Frequent use of “I think” or “I believe” or “kinda sorta definitely” undermine your message.

Cut the fluff - No need to add “I want you to understand that…” or “here is a story that will help you see what I mean.” Jump to the substance that follows.

Identify with the audience - Avoid “I urge you …” or “you must….” Look for ways to say “We’re in this together.”

Minimize jargon - Jargon can be efficient. It can indicate knowledge of a company or field. But excessive use of jargon makes language boring and confuses people less familiar with your “secret code.”

End well - Conclude by reminding the audience of your major point and why they care. If there are next steps, those might be part of a conclusion, too.

Municipal officials can register for the Annual Meeting, the preconference sessions and the awards breakfast on June 1 and 2 during pre-assigned registration appointments. Get more information here.

Podcast interview with Jenny.
Posted by Municipal Association of South Carolina No comments:
Email ThisBlogThis!Share to TwitterShare to FacebookShare to Pinterest

It’s spring and that means the Association is gearing up for its Annual Meeting July 14 – 17 in Charleston. One of the meeting highlights is always the sold-out Achievement Awards breakfast on Saturday morning.

For more than 20 years, the awards breakfast has featured the winners in a series of videos that tells the story of these projects. While the video presentations run about three minutes for each winner, the behind-the-scenes production process rivals a full-length movie (well almost). 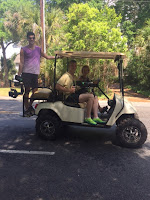 The Association works with a production company out of Columbia, Dust of the Ground, to produce these videos. The company’s videographers spend the better part of three weeks each May traveling the state with Association staff shooting the winning cities’ stories of their projects. The Association staff and video crew spend a full day in each winning city to document the project.

“Despite meticulously laid plans for each visit, we never know exactly what we will find when we arrive,” said Meredith Houck, the Association’s creative services and website manager who produces the video series. “Experiences we’ve had filming these videos over the years have included everything from bulldozing buildings to tracking bobcats to corralling dogs in costume.” 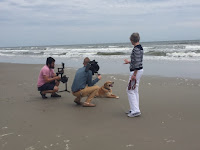 This year, the cast of extras at the Isle of Palms taping included a dozen or so dogs that had participated in the town’s winning project, Doggie Day at the Rec. The dogs were filmed parading around the town’s rec center in their winning costumes and visiting the beach for an off-leash romp. 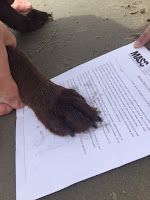 All humans who participate in the production sign release forms, but at the Isle of Palms filming, the dogs signed releases, too. 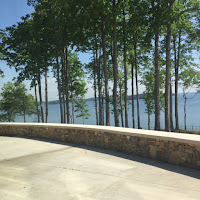 Another frequent highlight is experiencing the hidden gems in cities. “One of my favorite surprises of this year’s taping trips was the incredible view we got to enjoy while filming in Seneca’s new water treatment plant,” said Reba Campbell, the Association’s deputy executive director. “Situated on Lake Keowee in Seneca, the water treatment plant is more than just a practical facility. It’s also a beautiful community meeting space for the surrounding neighborhoods.”

Florence’s winning entry involved moving an unsightly junkyard from the center of town. “During the filming, we discovered one of the pieces of junk removed from the junkyard was a plane fuselage,” Meredith said. 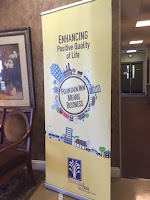 Upon arrival in Fountain Inn's city hall, the crew was greeted by Cities Mean Business banners that the city had localized for its own use.

A daily highlight of these production trips is the decision on where to get a good local lunch. The crew always opts for local joints that showcase the city’s unique food options. 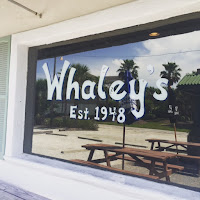 “During our day on Edisto Island, we got to join the mayor and town staff at a hole-in-the wall restaurant the mayor told us mainly locals know about,” Reba said. “The food was great, but so was the ‘Cheers factor’ of this place where the mayor knew the name of everyone who walked in.”

Placemaking: Focusing on the importance of the human experience in a city

Increasingly, we are hearing the term “placemaking” used as an economic development strategy. Placemaking is the idea of focusing on the importance of the human experience—walkable areas, lively neighborhoods and inviting public space.

For example, certain cities around the country seem to be magnets for talented young professionals. It’s not because of the cities’ taxes or regulations but, very simply, because of their "place," according to Dan Gilmartin, executive director and CEO of the Michigan Municipal League, and a national leader in the field of placemaking. These cities are the kinds of places that attract a young, well-educated, talented workforce.

(Listen to a podcast interview with Gilmartin talking more about placemaking.)

Placemaking starts with an inclusive, bottom-up approach, often driven by individuals who want to make a change or impact on their community. The city then needs to create the platform for that change to occur, Gilmartin said.

Historic districts, for example, often happen when one entrepreneur or a group decides to come in and make changes. The city would need to facilitate those changes to spur economic growth.

Civic engagement is an important piece of placemaking. Elected officials need to realize that they have to engage people differently. Gilmartin said there are many people who want to be involved in civic life, but they’re not going to meetings at city hall.

Learn more about placemaking and what South Carolina experts have to say about the topic in the May issue of Uptown. During the Association’s Annual Meeting in July, there will be a half-day preconference session on the topic of placemaking.
Posted by Municipal Association of South Carolina No comments:
Email ThisBlogThis!Share to TwitterShare to FacebookShare to Pinterest
Newer Posts Older Posts Home