This week's Hometown Legislative Action Day and the Municipal Elected Officials Institute programs brought more than 450 local officials to Columbia for one day of training and a second day of advocating for city issues. Attendees can share their feedback about the day with this survey.

Twitter posts from the day tell a good story: 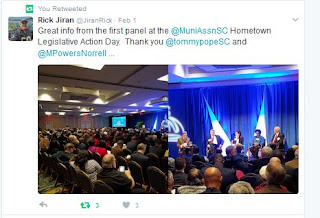 The day started with a panel of House members who serve on the House Tax Policy Review Committee. Reps. Tommy Pope (chair), Mandy Powers Norrell, Chandra Dillard and Joe Daning weighed in on the data-driven work this committee is doing to analyze the state's tax system and make recommendations on changes. Committee members stressed they aren't looking for new revenue. Rather, the goal is making the tax system more fair. 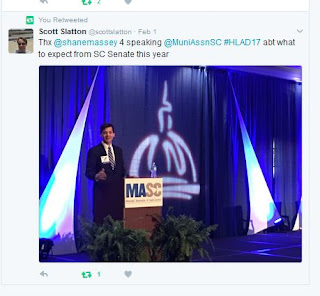 Senators Luke Rankin, chairman of the Senate Judiciary Committee, and Shane Massey, Senate Majority Leader, talked about the political landscape and issues that will be top Senate priorities this year. Both senators noted they hope to pass legislation early in the session to make the state superintendent of education an appointed office. 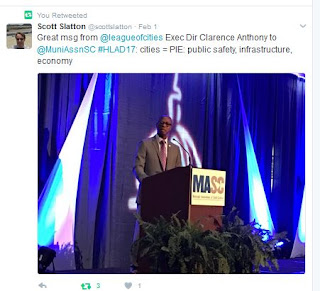 Clarence Anthony, executive director of the National League of Cities, gave an analysis of the new political landscape in Washington and stressed NLC’s focus on the Hill is maintaining the tax exemption on municipal bonds. 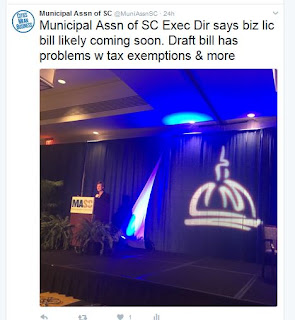 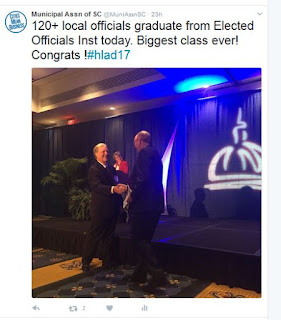 The largest class in the 20-plus year history of the Municipal Elected Officials Institute graduated during HLAD. Forty-eight officials completed the MEO Institute while an 70 additional graduated from the Advanced Institute. 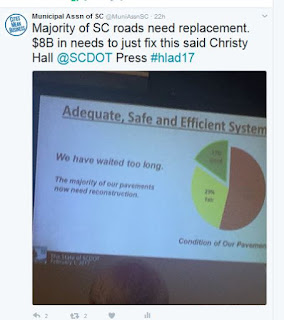 Christy Hall, the state Secretary of Transportation, gave the lunch address immediately following her testimony about the state of DOT in front of the Senate Transportation Committee. She shared the details of that presentation with city officials noting the agency’s recent successes as well as its looming challenges. 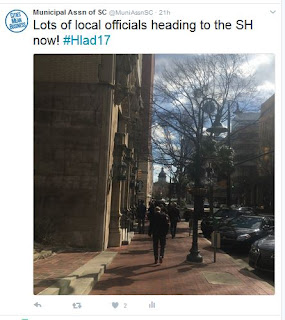 More than 200 local officials marched down Main Street to the Blatt Building where they told House members that cities support business license standardization but…authority for business licensing must remain with cities, there should be no special exemptions and the result must be revenue neutral for cities.


Business licensing legislation was introduced on Thursday. Read more in today's From the Dome to Your Home and stay tuned for details.

Get links to handouts and presentations here.